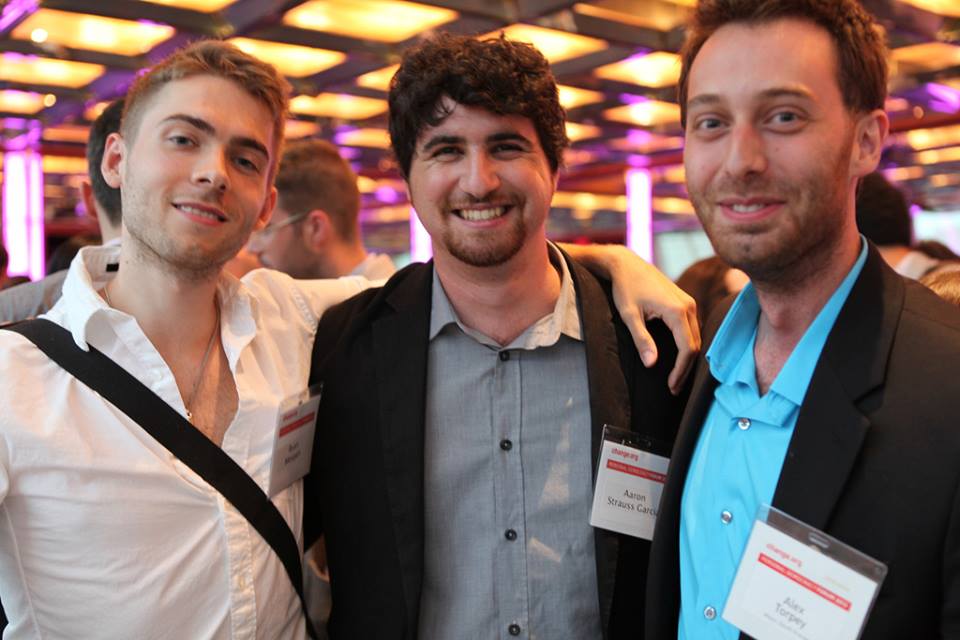 In 2010 I filed incorporation papers for “Veracity Media,” a name I had been using since middle/high school to describe crazy media related ventures to make politics more “honest” that I was trying to work on.

In 2011 I had the pleasure of meeting Aaron Straus Garcia, who not only helped me become one of the youngest mayors in the country in my beloved hometown of South Orange, but shared my passion for getting more (young) people into our civic ecosystem. Six months later, after an insane few months in office for me, and a political campaign in Spain for him, we met in the Pirate’s Cove at Seton Hall to talk about how we can get more young people elected and really shake up government.

We quickly realized we each had no real paying job, and so we deferred Rethink Leadership (to be launched about a year later) and we went in on Veracity Media together and started our hustle around Jersey and NYC.

We brought Ryan Morgan on a year later, and our first company employees in January of 2014. Since then, Veracity has grown to be one of the best NationBuilder experts, and political and digital consulting firms out there, giving the big boys a run for their money while working on some incredible campaigns and causes.

It’s with mixed emotion that I, and Aaron, have decided to leave full-time roles at Veracity. Speaking for myself, it’s been incredible watching the company grow at the hands of its amazing team, but it’s time for my next adventure in trying to build stronger communities around civic leadership, here in the United States and around the world. I’m so proud of the company we’ve built, and that will continue to grow under Ryan’s stewardship and I am SO damn excited for whatever the next way I’ll will find that will challenge, inspire and allow me to do everything in power make our government and world a better place.