Our Progress in South Orange

For the itemized detail of accomplishments and important notes from 2011-2015, please click here.

The 2011, 2012, 2013 and 2014 municipal budgets each have had the lowest tax rate increases since the 1990s. Controlling costs, keeping property taxes down, bringing in more commercial revenue and ensuring the public understands the budget process, budget decisions and how they can get involved are critical components to effective local budget and finance policy.

2012 was the first year that the budget in South Orange was made available in a workable spreadsheet that any member of the public can download, manipulate and visualize. Read the press release or download the .xls file of the 2012 budget.

In 2013, South Orange's municipal budgets going back to 2008 were made available in an innovative online visualization tool, allowing members of the public to dive into smaller detail, visualize and better understand municipal expenses. Read the press release, or check out the budget tool.

2014 came with the lowest tax increase since the 1990s, building on several years of responsible spending, more responsible debt service and budget transparency.

Public safety is the paramount duty of any government, and focus on public safety, crime reduction and emergency preparedness was a cornerstone of Alex's and the Village's commitment to South Orange. 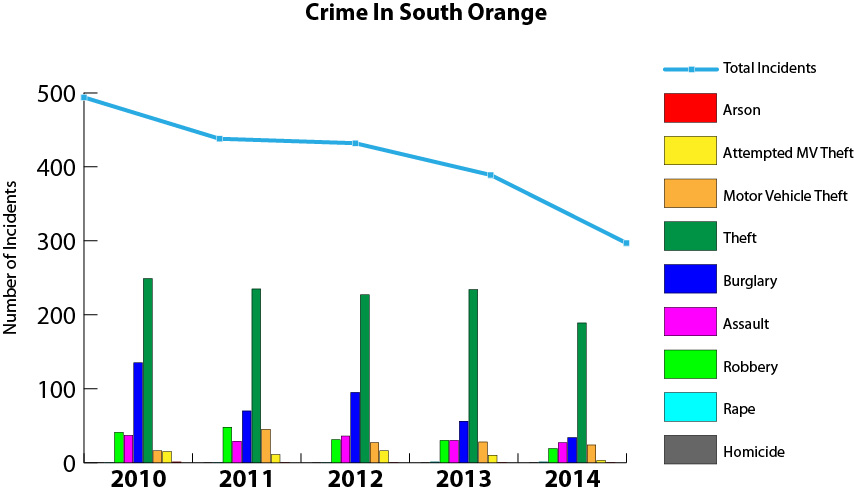 The Village invested considerable resources into public safety efforts, including:

All were developed to help the dedicated officers of the South Orange Police Department continue to be one of New Jersey's model police departments.

And not a model just based on police performance, but a model of leadership. The South Orange Police Department has been recognized on many occasions for its commitment to community relations, and is actively involved with neighborhood organizations and school and community groups to ensure these goals are met. Community policing programs were expanded to include "good behavior citations" for children and "coffee with a cop" with local organizations and houses of worship invested to keep an open an productive dialog between the police and the community.

South Orange has continued to see a stabilization and reduction in crime, pictured with the New Jersey State Police's Uniform Crime Report data above. No technology can replace skilled, proactive policing, and thorough investigations, for which we have the men and women of the South Orange Police Department to thank.

After Hurricanes Irene and Sandy, many communities around New Jersey placed more focus on investing in emergency preparedness infrastructure. South Orange migrated to a new emergency notification system, Everbridge, which allows quicker access to alerts and geo-targeted notices.  We have grandfathered in only the purchase of All Wheel Drive (AWD) police vehicles for optimal snow/weather performance, aggressively sought grants to harden infrastructure by making upgrades to critical facilities, installed permanent and portable backup generators, forged stronger relationships with other private and public agencies, used social media and other alternate forms of communication to saturate emergency notifications, and much more.

Reorganizing the Village's Emergency Operations Plan (EOP), taking a longer-term look at volunteers in emergency management, sheltering and resource allocation, South Orange has continued to take strides in being one of the better prepared municipal governments in the area, and as the Village's Emergency Management Coordinator, and a member of the New Jersey Emergency Manager's Association, Alex has continued to play a role in working with the Village's dedicated staff in helping move that ball forward in South Orange.

Bringing more economic investment into South Orange not only helps reduce the tax burden on homeowners, but it helps create the kind of walkable, transit-oriented community space that comes to mind when you think of the word "downtown."

Since 2011, over $100m has been spent with more than double of that anticipated in redevelopment in South Orange's downtown. Through The Gateway project, Third and Valley Redevelopment, several other key downtown developments identified as opportunities for the Village and dozens of new businesses, South Orange has continued to move forward as one of New Jersey's premier urban suburbs. The Village now benefits from the leadership of the South Orange Village Center Alliance, as well as new leadership as the South Orange Performing Arts Center, and continued growth of community events such as the Arts in the Park and Downtown after Sundown concert series, in addition to the Farmer's Market and much more. Taking a strategic approach to investment, Alex and other village officials have met with redevelopers, property owners and landlords to help bring the community's vision to a reality. Additionally, with the installation of Electric Vehicle chargers downtown, LEED-certified redevelopment plans, launch of the downtown ZipCar service, bio-diesel commuter jitneys, and more bike and walking paths, the Village is taking the sustainable path to economic growth.

South Orange is one of the most accessible and transparent municipal governments in New Jersey. Boasting an online budget visualization tool, comprehensive repository of minutes, agendas and other official documents easily searchable online, an online/mobile 311 application, restructured Board meetings with additional public comment periods, the use of the Village's website and local media to communicate more about what's happening than ever before, best practices for council meeting transparency and more, South Orange continues to set an example of how to transparent. Building on years of innovation, Alex's continued leadership in this field has earned recognition from state legislators, technologists as well as organizations like the New Jersey American Civil Liberties Union and the New Jersey Foundation for Open Government. Learn more about all of the transparency initiatives taken, on the dedicated Open Government page.

Sustainability is a priority. Electric Vehicle chargers and ZipCar car-sharing are adjacent South Orange's downtown train station - one of the busiest in New Jersey. The Third and Valley project is LEED certified, the jitney shuttle's run on biodiesel, bike lanes and bike storage have been installed to encourage alternative transportation and hybrid vehicles are used in the municipal vehicle fleet. South Orange is a Sustainable Jersey certified community.

Employee morale and development has been key to the Village's success. South Orange's staff are well-trained professionals who carry out the implementation of the policies and directives the Village President and Board of Trustees set. These employees are creative, hard-working and committed to the betterment of the Village. Improved HR management, more consistent and constructive goal-settings and review and providing an enjoyable and supportive environment to work has helped keep South Orange moving forward.

The arts & culture are highly supported. From the South Orange Performing Arts Center to the Pierro Gallery and much more, the Village supports and encourages the incredible and recognized artist community within Maplewood and South Orange. Local art is becoming more of a part of the downtown, thanks to examples like the The Gateway mural project. Events, from the Food Truck Festival to Play Day to Downtown After Sundown concerts, are all an integral part of keeping with South Orange's history of community participation in not just governance, but the fun side of living in town.

We honor our history. Through organizations such as the South Orange Historical Society, Montrose Park Historic Association, through the South Orange Public Library and elsewhere, we have a lot of history, and are proud of it. 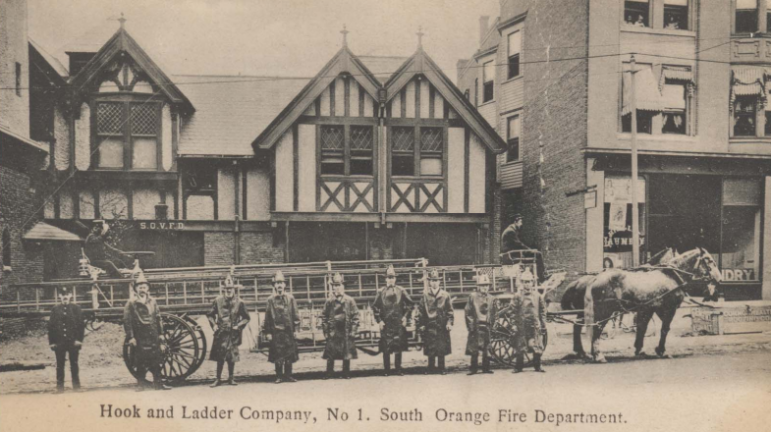 Most municipal buildings in South Orange are historic, with several on the National Historic Registry, including the downtown train station, Village Hall and the Fire Department. Learn more about South Orange's history.

The best decision a government can make is the most inclusive decision possible. We've done our best to create the most engaging possible civic environment South Orange, with countless ways for residents, students, business owners and other community members to actively participate in improving the community.

If you want to report a service request, make sure to find "SOConnect" on the iTunes and Google Play store and online, and find the Village on Facebook and Twitter. Don't miss: