We announced an extremely innovative and exciting online budget transparency tool this week. Click below to check it out! Read the press release below. 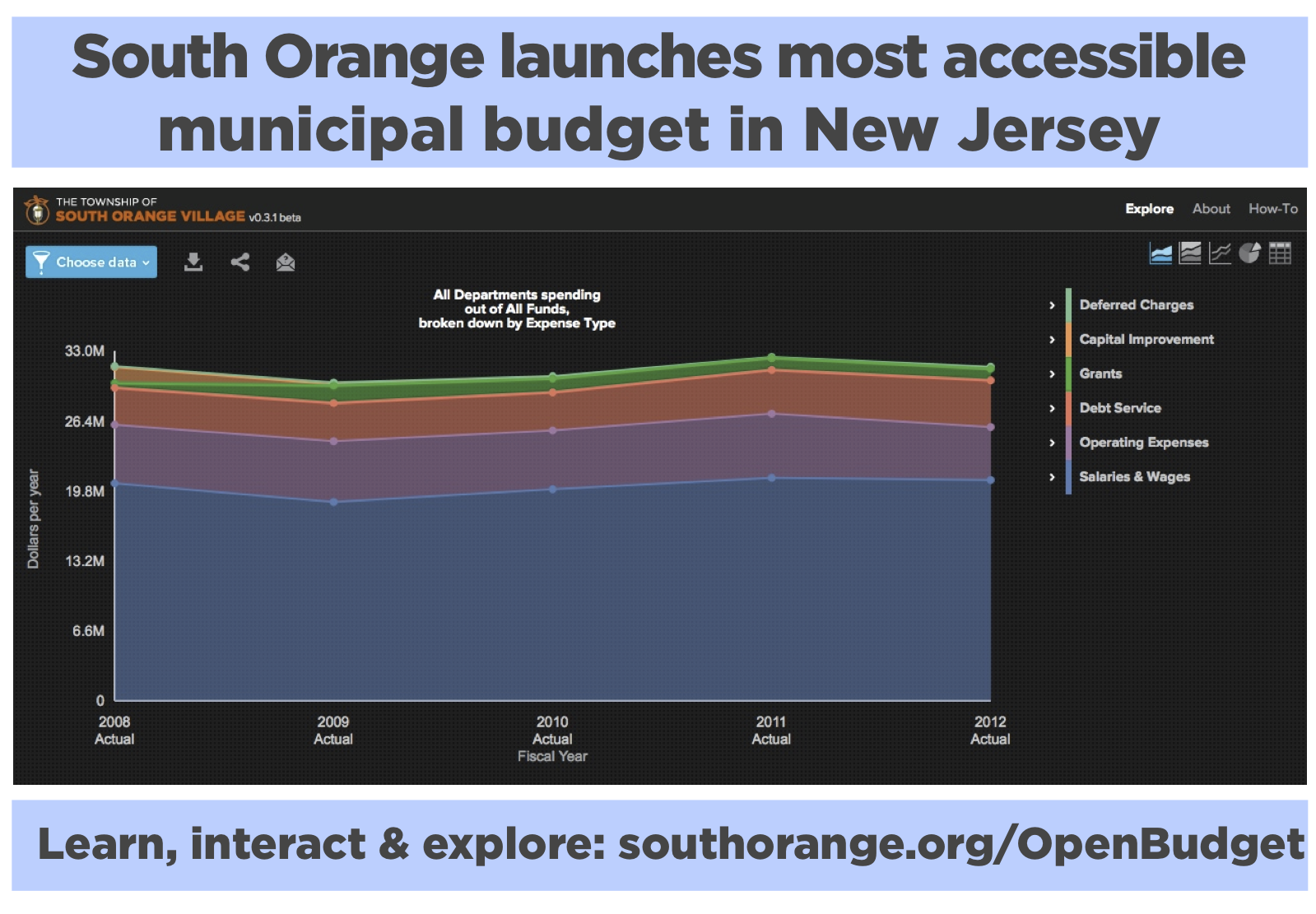 South Orange, NJ – The Township of South Orange Village and Delphi Solutions, a Silicon Valley software startup, today announced the deployment of a revolutionary tool that visualizes South Orange’s financial data.  South Orange now is able to provide its employees and citizens with an unprecedented ability to access, understand, and analyze the $32 million municipal budget. The tool can be accessed athttp://southorange.org/OpenBudget or by clicking below.

“With Delphi’s Transparency tool, our citizens can see where their money is going with the click of a button,” said President Torpey, a nationally recognized advocate and lecturer in the field of open government & technology. After his election in 2011, Torpey drew attention being sworn in as the youngest mayor in New Jersey and later by open government advocates for a number of initiatives, most notably a transparency initiative releasing South Orange’s entire budget in a downloadable, machine-readable spreadsheet in 2012.

“One of our goals is to build more trust between government and citizens, and make what we do more accessible so that more people can get interested and involved. Using this new tool is one more step we’re taking as one of New Jersey’s most accessible and transparent municipal governments to encourage more participatory and inclusive governing.”

“This tool is not only great for citizens to learn about our budget, but its ease of use may actually help improve how we do internal budgeting, leading to cost savings down the road.” Said Barry Lewis, South Orange’s Village Administrator.

"President Torpey and Administrator Lewis are leading lights in the transparency movement,” says Zachary Bookman, Co-founder and CEO of Mountain View-based Delphi.  "By making its financial data transparent for its citizens, South Orange is building trust in the community, engaging citizens, saving staff time, and showing off the power of twenty-first century technology as applied to government finance.”

South Orange already makes available nearly ten years of meeting videos online, as well as 35 years of public meeting minutes, and all of the latest agendas, resolutions, and ordinances directly on the website.  South Orange also actively uses Facebook and Twitter, utilizes unique issue-based workgroups comprised of both residents and village officials, are redesigning their website with a number of innovative accessibility features, and investing in cutting-edge IT upgrades.  President Torpey also instituted several new procedures in governing body meetings, such as public comment periods both before and after action is taken and the Village is currently exploring accepting Open Public Records Act requests online using open-source software platforms.

Regarding the open budget platform, President Torpey noted: “This is one more step we have taken, building on a history of transparent governance, in South Orange to be the model open government in New Jersey. I think it’s safe to say that this is the most accessible municipal budget in the state. Hopefully there will be more just like it soon, and I hope we in South Orange can be a resource for any municipal government interested in embracing these kinds of accessible tools and that we can all learn from eachother's best practices and help each other innovate and better connect with our citizens.”

You can view the current format municipal budgets are typically made available in here:http://www.southorange.org/budget/2010/2010MunicipalBudgetforAdoption09-20-2010.pdf

Based in Silicon Valley and backed by leading venture firms, entrepreneurs, and computer scientists, Delphi Solutions offers a cloud-hosted, software-as-a-service platform to host government financial data so governments can access their financial data, analyze it, and share it with citizens.  Learn more at delphi.us