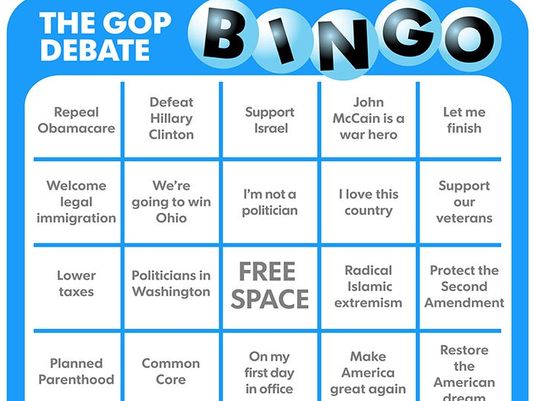 I am not amused

Warning, the following may not be super popular at first glance, but it might be worth a read... Personally, I am not amused by the circus that has become the democratic process used to select the person to serve in one of the most singularly powerful positions of leadership and authority and influence currently existing in human civilization. It’s 2015, there are a million ways to be amused, and I enjoy partaking in those as much as the next person (maybe more). There is endless entertainment. But this is not one of them.

This is supposed to be where ideas on solving problem related to little things like poverty, poor economic mobility, lack of access to healthcare, education and jobs, crippling student debt and economic indebtedness, major growing problems with our environment, wasted tax dollars because of biased, corrupt or inept management and spending, lives ruined because of a misappropriated criminal justice system, overly prohibitive government regulations in some areas, and under regulation in others, a huge lack of global leadership contributing to poverty, corruption, hunger, disease and conflict around the world are supposed to be discussed and figured. Those are actually the things at stake, and for me it’s all that matters. I don’t care if the person who wants to solve those problems are white, black, men, women, gay, straight, christian, or jewish or atheist, if they did drugs in college, are overweight, wore the wrong color suit, “slammed” or got “slammed” by an opponent, made a “gaffe” on tv, has a great Facebook page, sent a great email, raised some amount of money, once said a thing and now says a slightly different thing, or whatever.

I think I’d be less critical of this if I felt those issues were getting their due attention, and we were even partially leveraging the incredible access to knowledge, information, skills, cultures, ideas and feedback that is possible in 2015. But we’re not. We’re letting crappy media outlets, candidates, parties and the largest of political donors drive a process that we’re more comfortable engaging with because it’s more fun and easy to digest; it’s more in our current media language, but at the same time, we’re starting to allow them to distract us into letting them off the hook for not addressing these major issues and simply not doing what they are supposed to be doing, which is much harder than seeming like you're engaging through media savvy.

As a candidate, I don’t care if you hired a staff person who makes you seem funny on Twitter or wrote a nice answer to a debate question for you, if you can’t actually fix our prison system, for example, you are useless, in the wrong line of work and need to make way for someone else. Our role in the primaries and in this process isn’t to chose between choices you aren’t actually that impressed with, or make fun of candidates we don't agree with, or make games out of how absurd the things they say are, or drink anytime they same something stupid (good luck), but rather our responsibility is to do it better than them and do what they cannot seem to do - work with anyone and everyone, no matter who gets credit, whether you get re-elected or not, or how you look and just simply solve problems. Our responsibility is to take the microphone and say, you are failing all of us and your time is over. It is our time now. And after we take their mic, we then take their jobs. And then we truly take back our country.

Now that is something I will drink to.